Recent News on the Dixie Fire 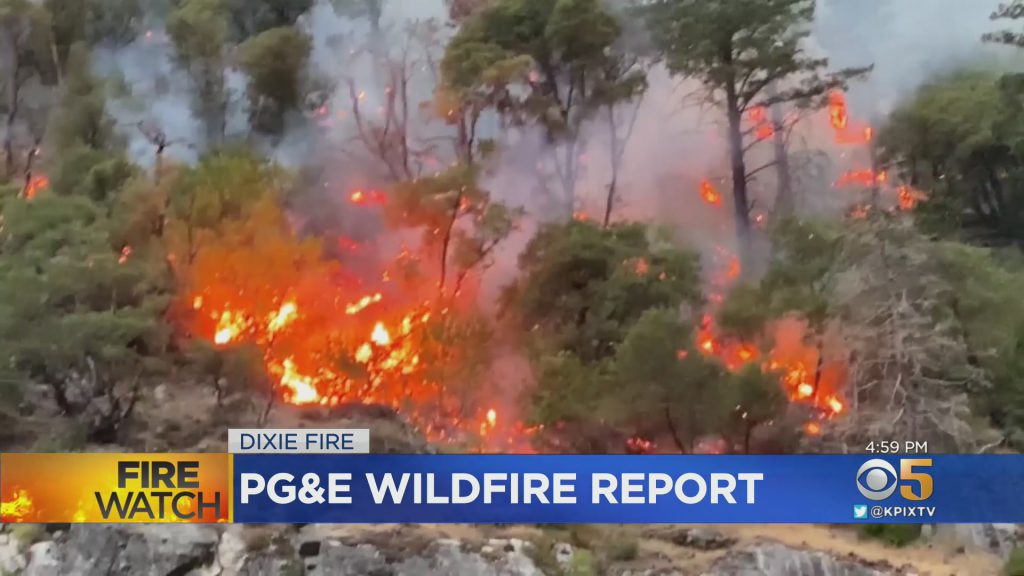 The Dixie Fire, California’s largest wildfire currently burning, swelled to 208,206 acres on Tuesday, July 27—putting the area at a size a little larger than New York City. The blaze, that’s burning about 250 miles northeast of San Francisco is currently about 23% contained. The Dixie Fire, ignited July 13 and has burned through nearly 200,000 acres in swaths in Butte and Plumas counties. More than 16,000 people are under evacuation orders in Plumas and Butte counties. Thousands of people, their homes, businesses and other structures are currently at risk which could open PG&E up to Dixie Fire Lawsuits.

Currently, more than 5,400 firefighters are battling the blaze—which so far has destroyed more than two dozen structures includes residences and businesses. It is threatening to destroy more than 10,000 others as it rages in the two counties.

What is the cause of the Dixie Fire?

Pacific Gas & Electric Co. (PG&E) admits that its equipment may be to blame for igniting the Dixie Fire.

According to the company, on July 13, 2021, at 7 a.m., PG&E’s outage system that the Cresta Dam area off of Highway 70 in the Feather Canyon lost power. A responding employee observed from a distance what he thought was a blown fuse, however, because of the “challenging terrain and road work resulting in a bridge closure” the employee was unable to reach the fuse until almost 5 p.m. that afternoon. While there, the employee observed three blown fuses and noticed a fire on the ground near the base of a nearby tree.

Get A Quick, Free Consulatation!

Warning: Use of undefined constant php - assumed 'php' (this will throw an Error in a future version of PHP) in /home/customer/www/califirelawyer.com/public_html/wp-content/themes/pge_fire_lawyers/single.php on line 53

We obtain full and just compensation for our clients: